Amsterdam – From the Bottom of my Heart

Home/Europe/Amsterdam – From the Bottom of my Heart

Amsterdam – From the Bottom of my Heart 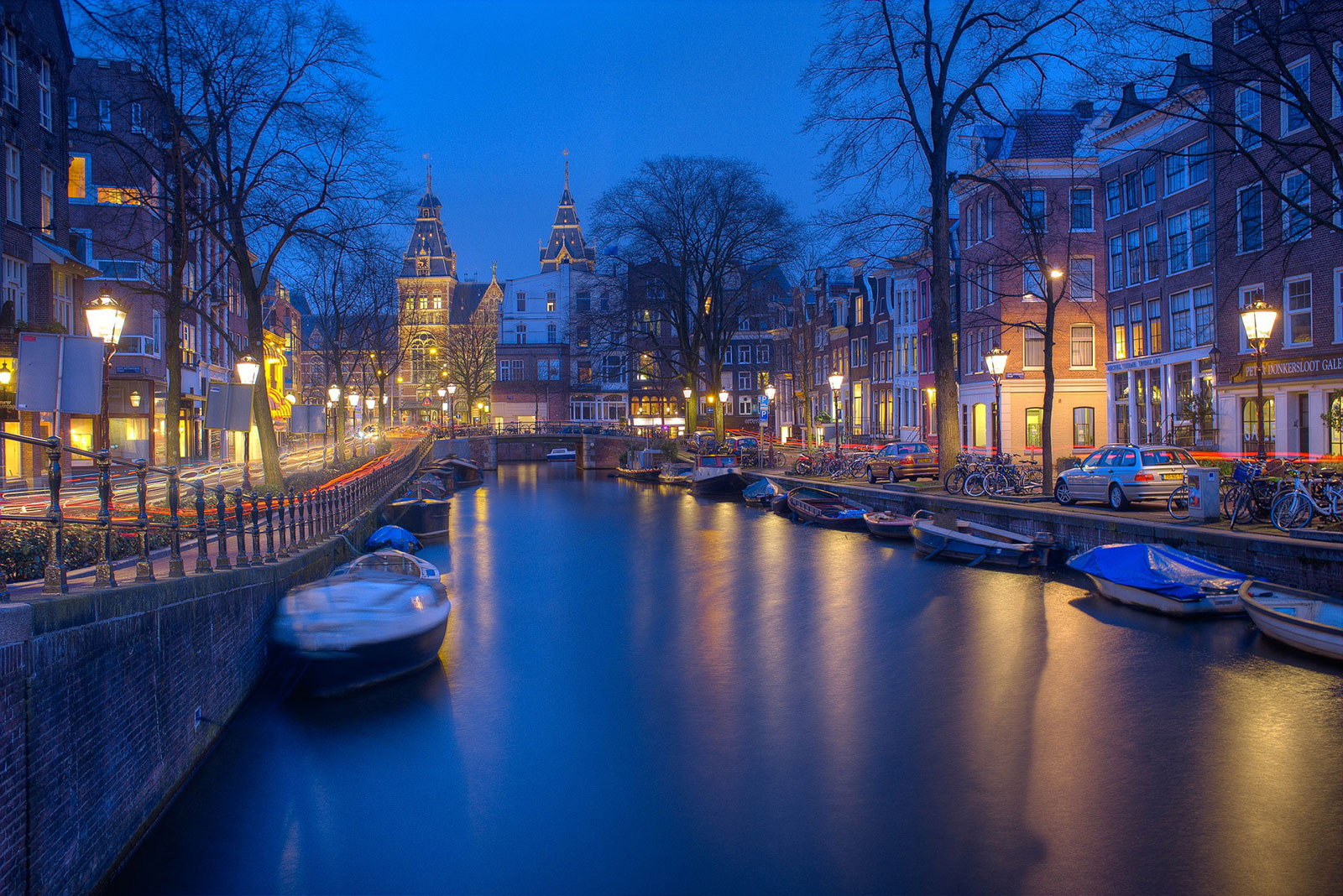 I have always wondered if it is possible to fall in love with something else than a person. And I’m pretty sure that if you feel this weird tingling feeling in your stomach when you see or do something, that it is called love. I have found that places can make you fall in love with them too, and so did I. I fell in love with Amsterdam. I’m not talking about the picture perfect city you see in photos when going through a travel guide, nor the Amsterdam shown in Hollywood movies. On the contrary, the combination of its stunning architecture, the bikes you see literally everywhere, the street food, and its colorful history is what makes Amsterdam truly one of a kind.

To start with, don’t get me wrong, but I don’t think someone can truly judge a city by only visiting it for let’s say, a day. Usually, your time is limited and you want to visit all the things and do ‘stuff’ you’re supposed to do according to a travel guide. This is where I disagree. I believe that in order to get the fullest experience of a city, you should in an ideal case visit it more than once. Of course, not everyone has the possibility to make this happen. Therefore, I suggest doing the things usually not mentioned, or advertised, because that is where the true beauty of a city can be found.

Now, to back up my story why I can legit say that Amsterdam is unique, is due to the fact that I have lived the majority of my life in the Netherlands.  So naturally I have visited Amsterdam quite a few times. And believe me when I tell you, that every time something new draws my attention and catches my eyes. If I were to be asked at which point of the day I think Amsterdam is most beautiful, I most probably wouldn’t know what to answer. Getting a coffee in the morning while waiting for your train to arrive at Amsterdam central station and seeing the sun reaching its highest point. Walking by the canals and enjoying a light breeze while sitting on of the benches, or deciding on one of the many restaurants where you would actually like to eat. Amsterdam is full of life, no matter the time. There is something about observing people living their everyday life while going on a holiday or on the opposite spotting a tourist trying to find the way to the Van Gogh museum.

Obviously, I’m not saying that you shouldn’t visit some of the most important places, buildings or museums while you’re in Amsterdam. But try to divide your time wisely, and not spend hours in line at the Anne Frank museum for example. Though, if you’re really a history or art fanatic, than you’ll definitely have a great time as well. For the mainstream tourists on the other hand, try to visit some of Amsterdam’s local areas and taste some of its amazing food like stroopwaffles and fresh fish from the Atlantic Ocean.  And how could I forget about the world famous Dutch cheeses such as Gouda and Edamer, or many of the multicultural cuisines found in Amsterdam as well.

This winter I actually got the chance to spend an entire day in Amsterdam again, December 31st. Yes, I spend the last day of 2015 in my favorite city, and it was certainly a day to remember. My sister accompanied me that day, and we had some extraordinary moments I can say. The moment when you get off the train and walk out of the station has to be one of my favorites every time. That’s the moment you realize you’re there and life hits you at its fullest. Different sounds, people moving in various directions and bikes everywhere, I mean literally everywhere. And the sun, slightly visible behind the buildings, creating a shadowlike skyline.  This time, I also got the chance to sit on the actual bench where Shailene Woodley and Ansel Elgort had previously sat while filming one of the scenes from the movie The Fault In Our Stars. I think it would be an understatement to say that it was ‘great’. 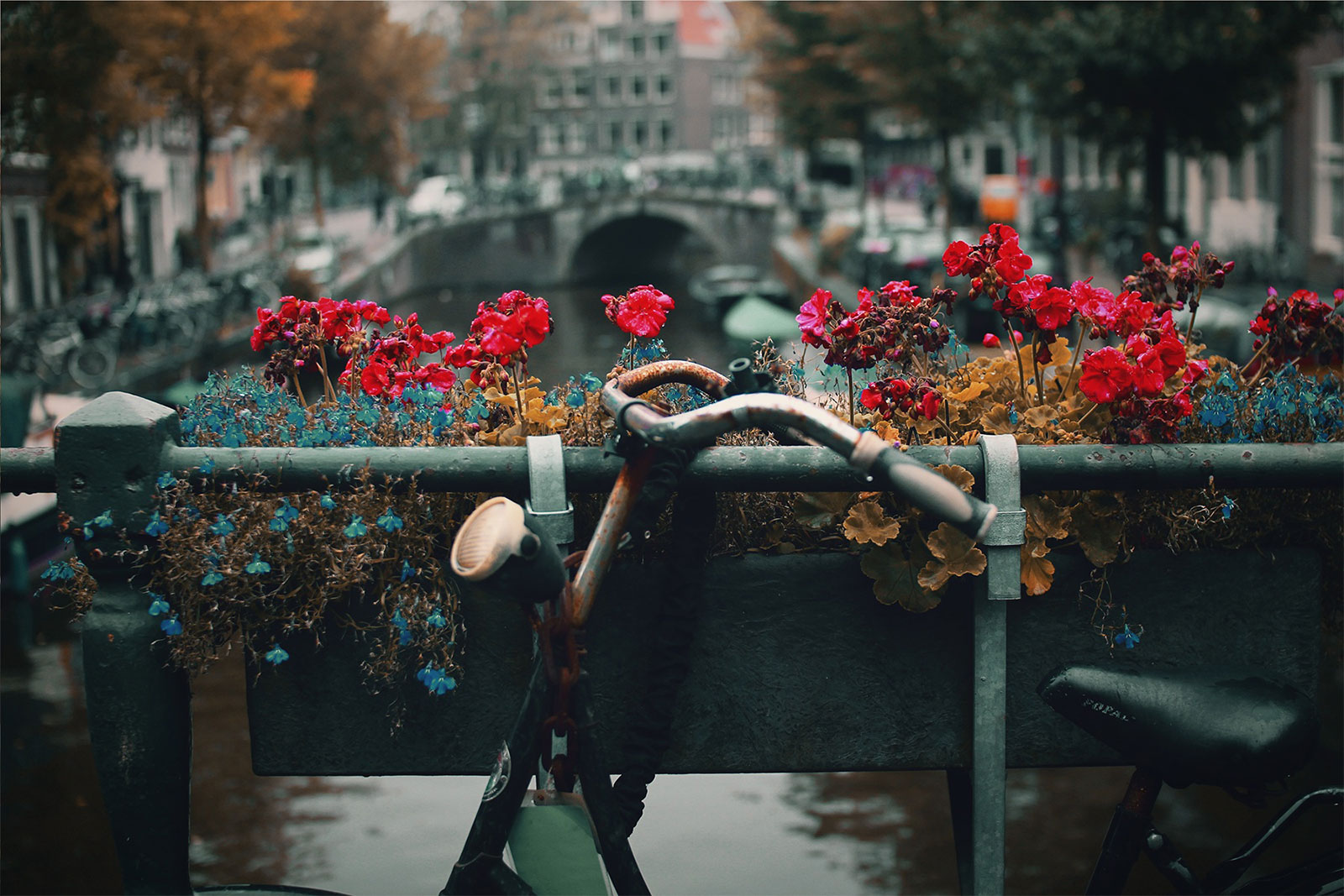 Moving on, while my sister and I were walking through the most famous street in Amsterdam, Kalverstraat, I almost bumped into a guy which would not have been that weird, if he wasn’t stoned.  Most of you know that soft drugs are legalized in the Netherlands, meaning it is completely normal to buy some weed at a local coffee shop or smoke a joint in public. Growing up in the Netherlands you get familiar with these things and with the smell of weed as well. After our shopping spree and visit to eat at subway we decided it would be best that we got an earlier train to our hometown, since it would be overcrowded in Amsterdam for New Year’s Eve. The moment we got at the station my sister realized she had lost her train ticket, typical. She suggested going to the lost and found and asking if they had maybe found a ticket just like mine. Unfortunately, they didn’t. But what happened next made this day truly memorable. The woman working at the desk asked us where we were heading and then gave us an identical ticket free of charge, adding ‘well, it’s New Year’s Eve but don’t tell anyone’. This left us astonished because in my fifteen years I had lived in the Netherlands this hasn’t happened a single time, and I knew that this was a very rare occasion indeed. We got home that evening and enjoyed the fireworks at midnight. 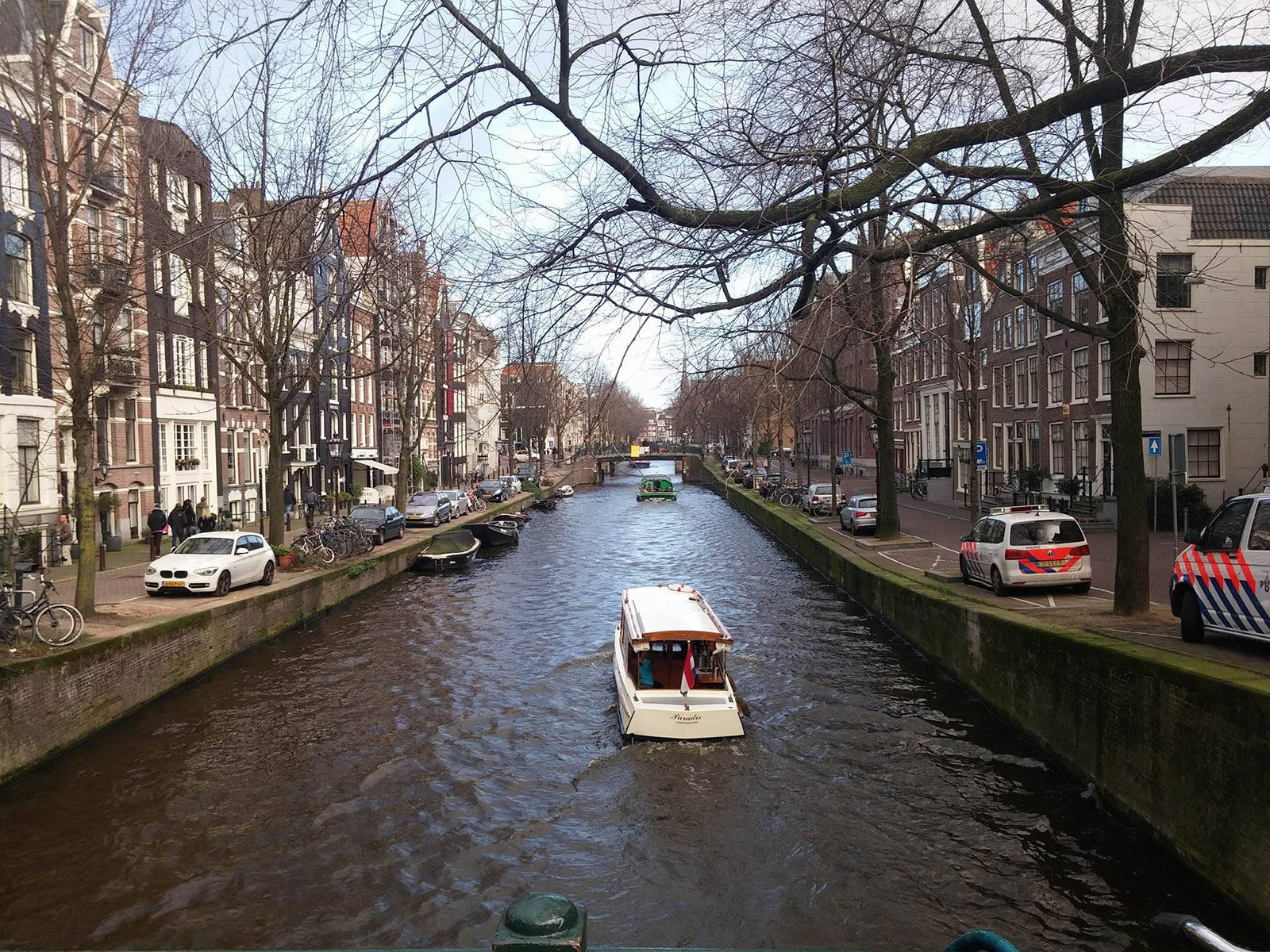 All in all, it doesn’t matter for which purpose you are in Amsterdam. Whether this is for culture, sightseeing, shopping or other reasons. I am sure that Amsterdam is a fit for everyone at any time. There are endless things to do, perhaps too many foods to even try and buildings and paintings to see. But that’s what makes Amsterdam one of its kind, a place I’m proud to call my own.