The moment I stepped into Barcelona I fell in love with this magical city. Writing about Barcelona for me is both; easy and hard. The reason why I consider it easy is because writing about Barcelona is the chance to recall and relive those beautiful moments that I experienced in this city. On the other side, it can also be difficult. It may sound a little bit paradoxical, but I am trying to find proper words to describe Barcelona, although I am aware that something like that is impossible. It may sound like a phrase, but Barcelona can never be described properly, it can just be experienced!

Before I traveled to Spain, I was scrolling through the pictures, reading articles about Barcelona and its heritage, and even after all, I was not prepared enough for what I personally saw and experienced there. You should keep that in mind while reading this text, too. It is only guideline for first-time visiting Barcelona and a small indication of what awaits you there. However, always keep in mind that my impression of Barcelona might be completely different from what are you going to experience when you visit it.

What I found interesting maybe is not going to be for you, and vice versa. Do not blindly believe to everything that I wrote, because it is a product of my personal experience of the city. In fact, this description is not only the result of my visit to Barcelona, but it is also the result of a huge amount of time devoted to exploring the city even before my journey. I tried to gather as much information as I could, to know even before I get there, where, what and how to see. Every time you plan to visit a place like this, you need to plan the details, especially if you don’t have enough time, as it was the case with me. This blog post is primarily written to help those who are preparing themselves to visit Barcelona even before they even entered it.

Barcelona is the capital of Catalonia, being the richest region in Spain. In the wider area of the city of Barcelona, there are around 4.5 million inhabitants, while the city center counts somewhat over 1.5 million of people. Unbelievable is the fact that Barcelona has even 3 million trees. There are two legends about the origin of Barcelona. According to the first one, it was founded by the Romans in the 1st century BC, while the second claims that the founder of Barcelona was Carthaginian general Hamilcar Barca, the father of the famous Hannibal. Supposedly, he gave the name to the city by his surname, Barcino. According to the first legend, this name was given by the Romans.

Barcelona is situated along the Mediterranean Sea, about 160 km from the border with France. It has a Mediterranean climate with an average summer temperature of about 26-28 C. The official languages spoken are Catalan and Spanish. The two languages are similar, but still differ at some points. Throughout the history, Catalans have always expressed the desire for independence from Spain. They do this even today, so you may often see the street arts in Catalonia that say “Catalonia is not Spain”.

At the beginning of the 19th century, the local government decided to choose the architect who would design the urban plan of the city. Unluckily, the first architect they chose for the job took the money and disappear. Therefore, they decided to announce a competition in which the architect who offered a solution to build the city in squares won. They followed that project completely, and if you look at the pictures of Barcelona from the air you will see that the scene is really impressive: hundreds of buildings which are arranged like Lego pieces facing each other, with streets that separate them. The interesting thing about the architecture of Barcelona is that the walls of buildings at the corners do not meet at right angles, but corners are cut. This is done in order to improve the daylight on the streets.

The architecture of the city is really fascinating. Especially interesting is the part in and around the city center, where almost every building deserves a special attention. I am still not quite sure how they managed to construct so many beautiful buildings in such a small space. It takes at least one month to walk through the main part of the city, and to see and absorb everything. No matter how many times I go through the city, it seems to me that I can always see something new, something unusual, something that makes Barcelona one of the most beautiful cities in the world!

During my visits to Barcelona, I had the opportunity to visit parts of the city that are not located in the city center. These parts of the city are not spectacular. Buildings, streets, and houses there look similar to many other cities, but even there you may feel that extra taste of Barcelona and realize how special it is in even the tiniest parts. One of the streets outside the city center that I particularly liked was the Street of Avinguda Meridiana.  I especially liked the fact that they used the space between the two traffic lanes to create children’s playgrounds. Those playgrounds are 6-7 meters wide, 30 meters long and you may find them on every 200-300 meters. The most importantly, they are enclosed by the fence, so that the children would not be able to come out on the street.

I did not have the impression of Barcelona as of a big city. I’m not sure whether this was because the public transport is perfectly organized or because the majority of the main attractions are located in the city center. Although this was my first visit to Barcelona, I did not have a hard time finding everything that I wanted. So do not hesitate to start your journey and explore Barcelona alone. 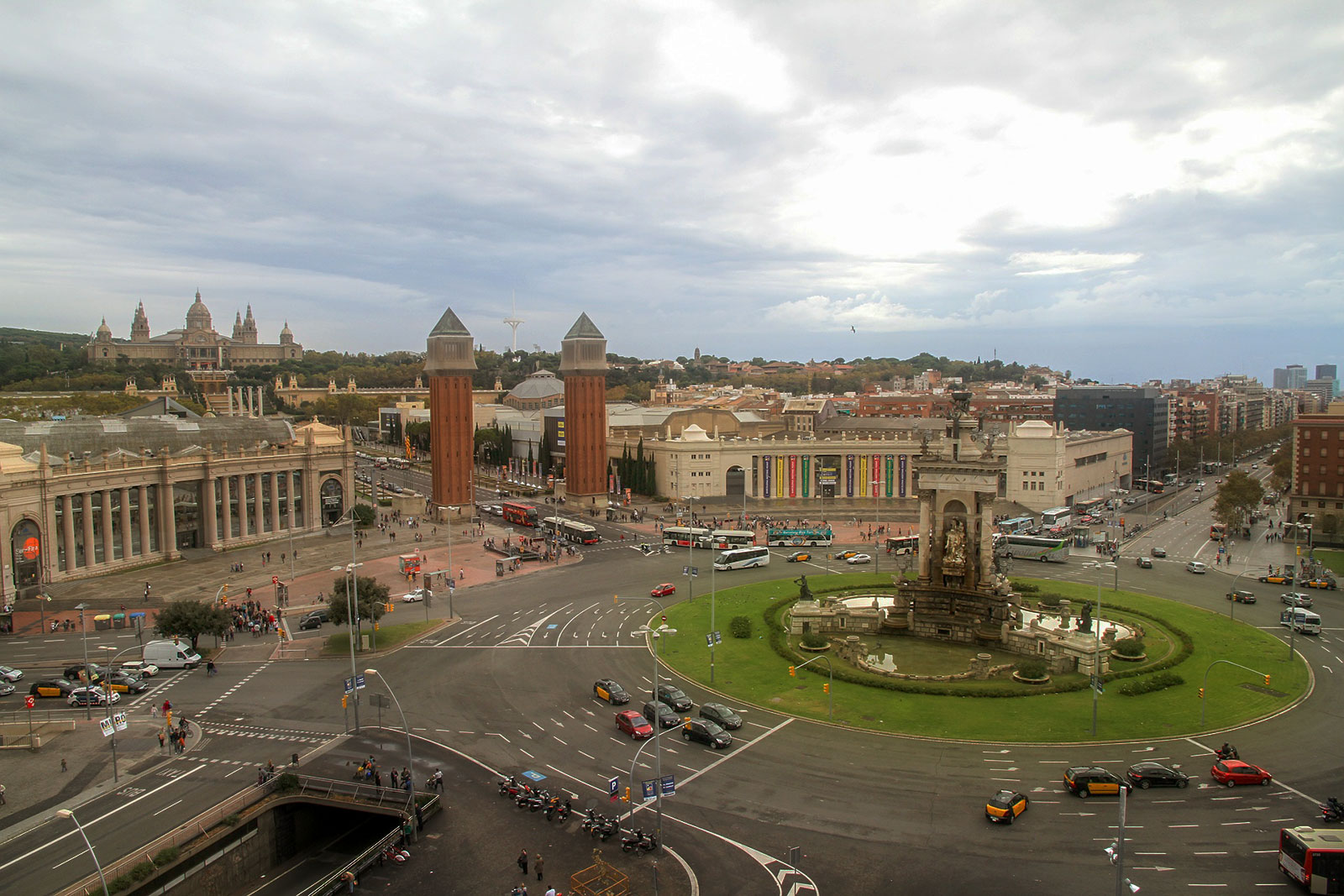 I was impressed with the people from the city in particular. They were all incredibly friendly. Those who work with tourists are obliged to be kind since it is their job, but I was very impressed by the ordinary people on the streets. Since I visited Barcelona alone, I often asked people on the street various things. And all of them helped me with the smile on their face. Millions of tourists pass through Barcelona every month, but they obviously do not mind. I asked a lot of people to take a photo of me as well, and I was never refused. They even gave me ideas how to make my photos better. The kindness and hospitality are something that you will find on every corner of Barcelona, so do not hesitate to ask for help regarding anything. I was surprised and did not like the fact they were really bad at English. Most of them spoke only the basics, and rare were the ones with whom you could have a fluent conversation. We basically communicated using our legs and arms. This is probably because they believe that others need to learn their language and not vice versa. It seemed to me that the linguistic nationalism is widely spread in Spain.

A relaxed atmosphere is present throughout the whole city. There are a lot of people, rush, cars, tourists, but it’s all in a way calm. I did not see anybody to annoy for anything, they were all kind, smiling and friendly.

Pickpockets are on every corner and you have to be very careful! Also, do not be fooled by someone’s appearance, since even the old ladies can be pickpockets in Barcelona. One such lady who sold flowers pulled out 100 euros from my friend’s wallet, and he did not even notice! Avoid to carry a lot of money, but if you do, hide it somewhere where it is not easily accessible.