Warning: Creating default object from empty value in /home/customer/www/perihla.com/public_html/wp-content/themes/Avada/includes/avadaredux/avadaredux-framework/AvadaReduxCore/inc/class.avadaredux_filesystem.php on line 29
 Places to Visit and Things Do in the Netherlands - Perihla Travel Guides 
Warning: A non-numeric value encountered in /home/customer/www/perihla.com/public_html/wp-content/themes/Avada/includes/dynamic_css.php on line 6753

Places to Visit and Things Do in the Netherlands

Home/Europe/Places to Visit and Things Do in the Netherlands

Places to Visit and Things Do in the Netherlands

You’ve probably heard about the Netherlands a couple of times if not more. If you’re looking for a place to see amazing architecture, mesmerizing canals or are just really in need of an awesome place to visit, then the Netherlands is the place to go. The fact that so many art, culture, and history can be preserved in such a small country should be reason enough. So, if you do decide to visit Netherlands in the near future, or basically just anytime, here are some things you should definitely consider crossing off your list.

1. Amsterdam. I think it’s safe to say that Amsterdam should be a reason alone just to visit the Netherlands. It has become one of the most popular cities in the world over the last few decades. There are plenty of things to do in Amsterdam, such as visiting some of the museums they have in a really wide range. Perhaps impossible to fit all the things Amsterdam has to offer in one paragraph, that’s why I suggest you to read an article about Amsterdam to get the main idea. 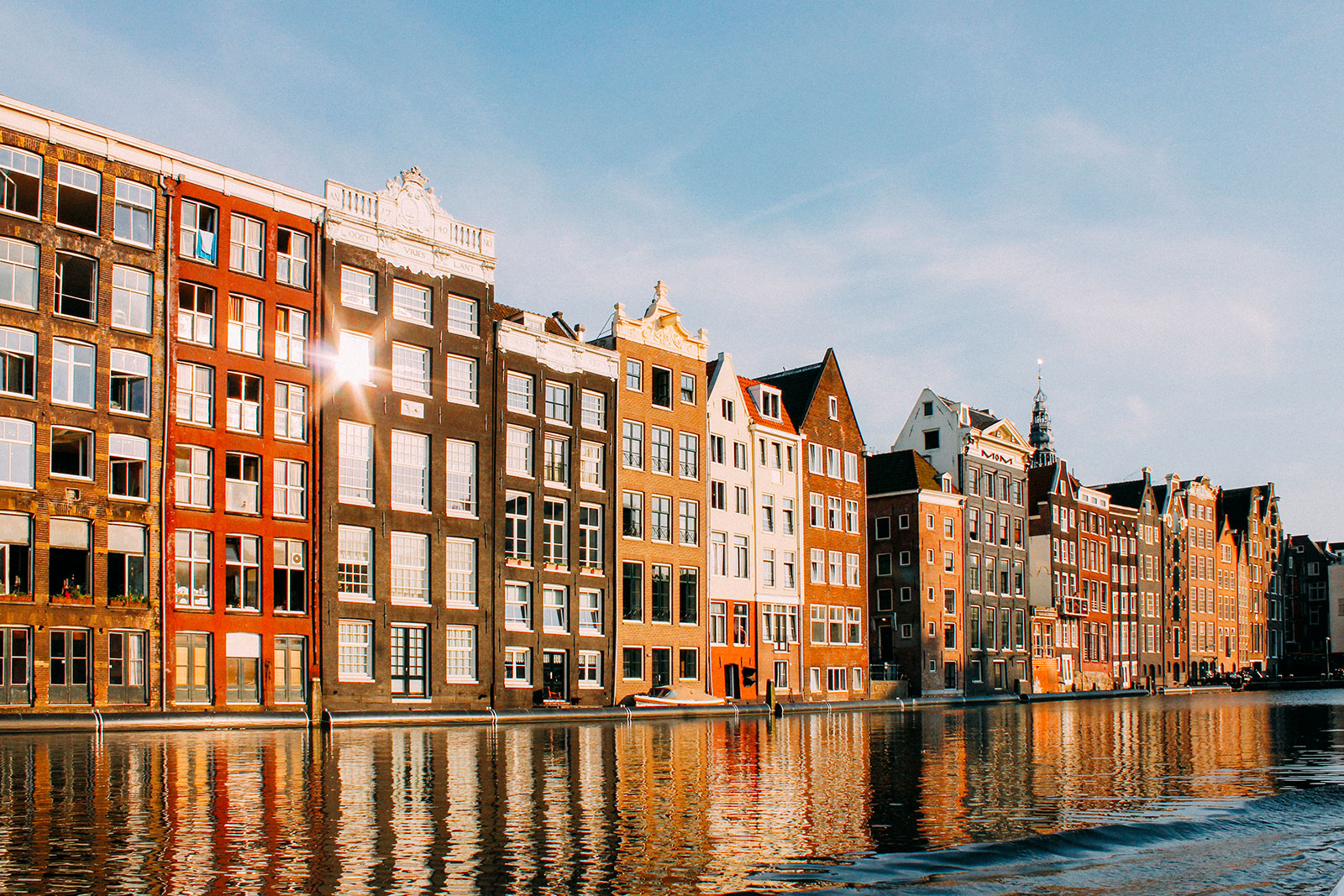 2. Dunes and Tulips. Moving on, the Netherlands is also known for its nature. The dunes are really popular in Netherlands and many people visit them as soon as is starts getting warmer. Keep in mind that the weather in Netherlands isn’t that great either, so you should consider yourself very lucky if it gets 25 Celsius during late spring. National Park Zuid-Kennemerland is a national park in the province of North Netherlands, the Netherlands. South Kennemerland is characterized by sand dunes. The park, about 38 square kilometers in size. Having mentioned the dunes, the real focus should be actually on the tulip fields in Netherlands. It’s unlike anything you’ve seen before I can guarantee. Tulips can be seen as a trademark for Netherlands, that’s why they are their main transporters. During the spring tulips start to bloom creating to most amazing sight. Usually, they are divided into colors and you can find these fields next to most highways. Although nowadays there are also real gardens you can visit, containing not only tulips, but also hyacinths, daffodils, and other spring flowers. Keukenhof Gardens is the world’s largest flower garden, and actually a promotion for the Dutch flower industry. 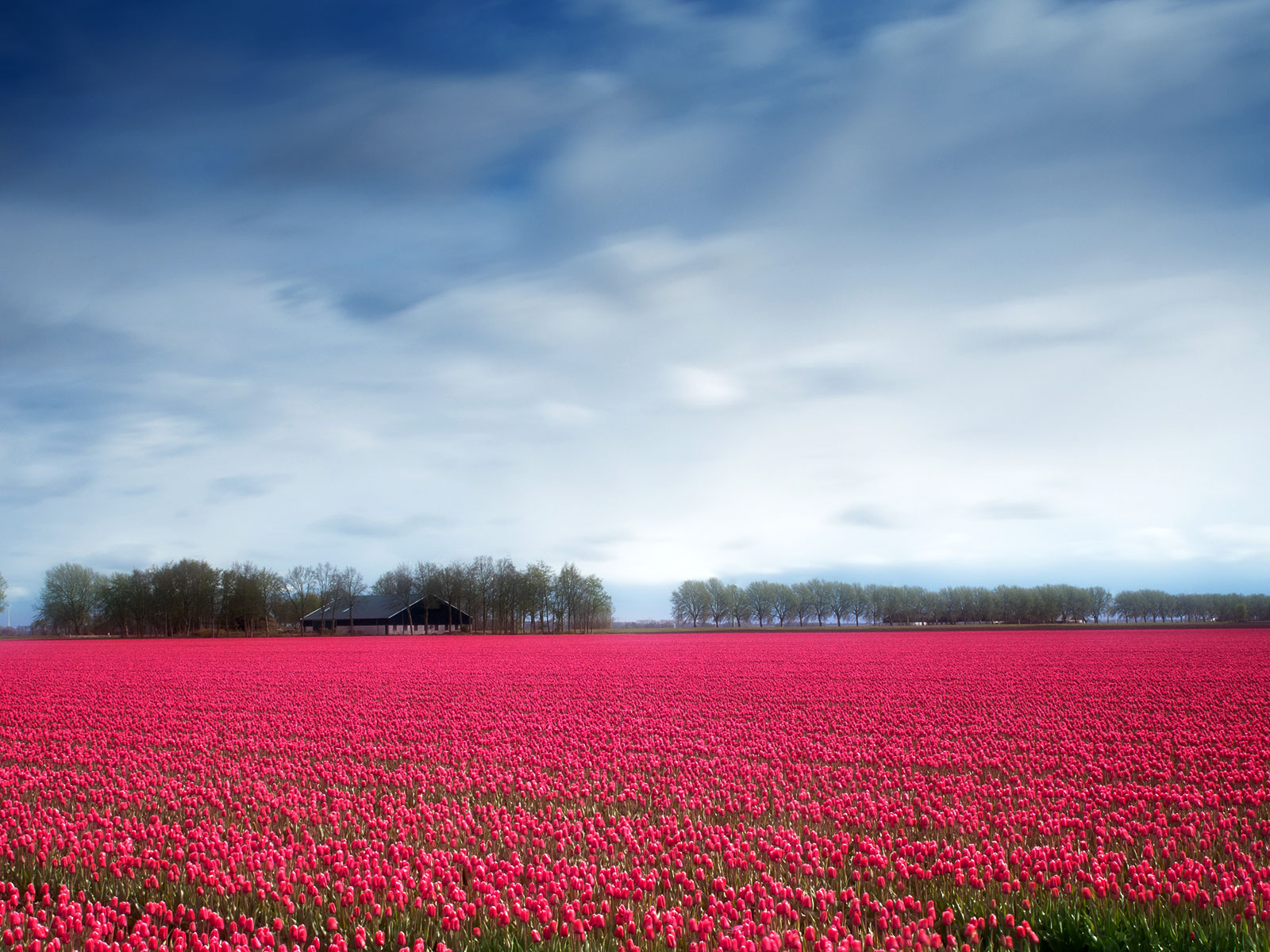 3. King’s Day and Sinterklaas. Not really a ‘thing’ to visit, but rather a suggestion to be in Netherlands during a few typical Dutch holidays. The first, and probably best known, King’s day or as the Dutch would call it ‘Koningsdag’. Up until 2013, when Queen Beatrix abdicated and was succeeded by her son Willem-Alexander, the holiday was known as Koninginnedag or Queen’s Day and was celebrated on 30 April. Nowadays it’s celebrated on 27 April. Typical things you can find on those days are flea markets. Here people sell used goods without needing permission to sell in the open. Also, celebrations, concerts, and special events are held in public spaces, particularly in Amsterdam. 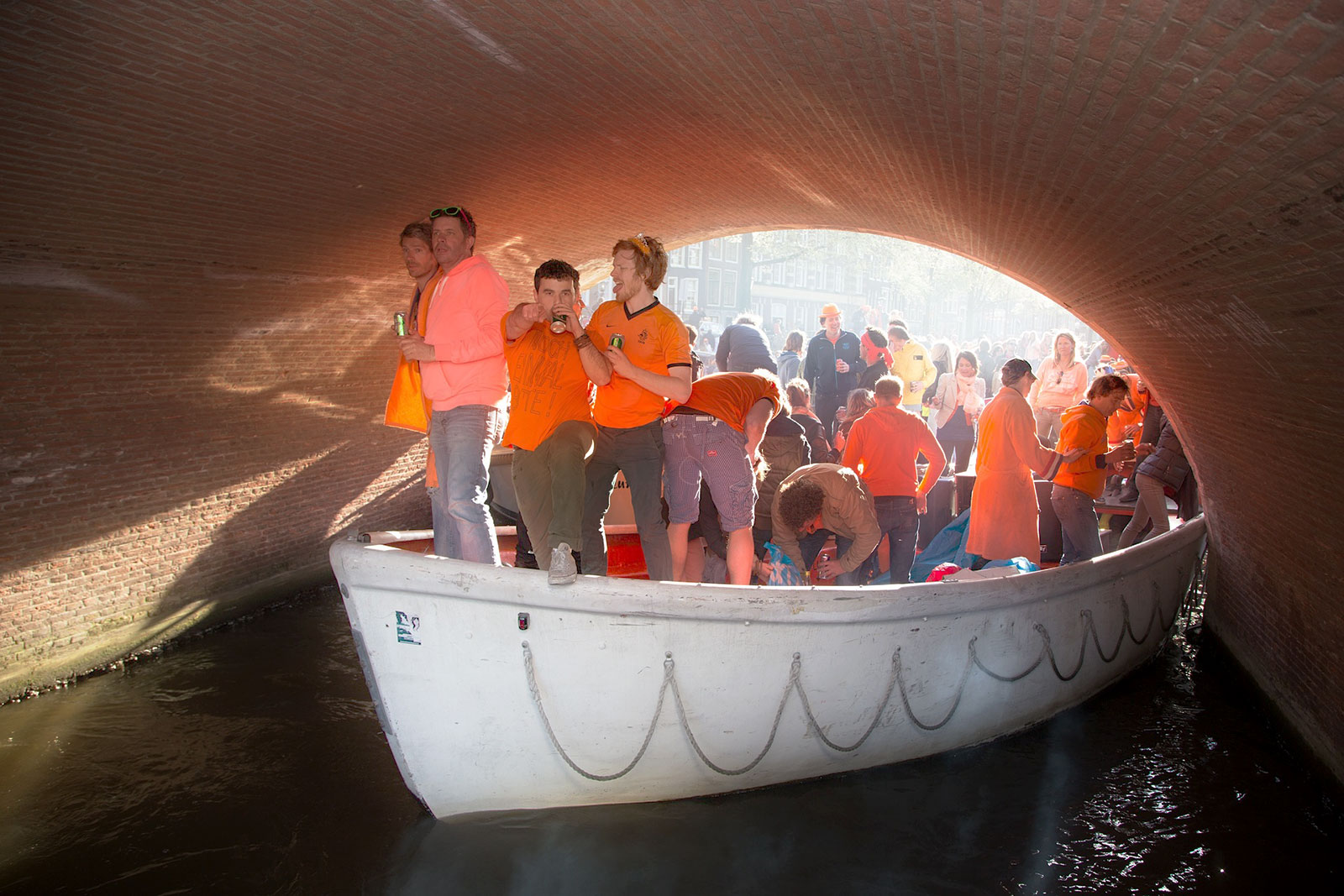 Celebration of King’s Day in Amsterdam

The second one I will mention is Sinterklaas. Sinterklaas is a mythical figure with legendary, historical and folkloric origins based on Saint Nicholas. Sinterklaas is celebrated annually with the giving of gifts on 5 December, the night before Saint Nicholas Day in the Northern Netherlands. Typical Sinterklaas treats traditionally include hot chocolate, mandarin oranges, small gingerbread cookies called pepernoten, a letter-shaped pastry filled with almond paste and chocolate letters, the first letter of the child’s name is usually given to that child as a gift.

4. Bikes. The Netherlands has probably one of the biggest numbers considering bikes. Almost everyone, if not everyone, owns a bike, and sometimes even more. The Dutch are crazy about them since they are one of the main vehicles of transportation used. Even if you just visit as a tourist, then you can still rent a bike in Amsterdam for example. Because Netherlands has mainly flat landscapes it’s really easy to get around, the only problem you could be facing is wind and rain of course.

5. Food. Now moving onto something else we all like: food! You have probably never heard of the Dutch cuisine being insanely popular, and that’s maybe because it isn’t really. Of course, they have their own traditional food but they are not well known. On the other hand, some things definitely worth mentioning and adding on your list what to eat are ‘stroopwaffles’ and ‘haring’. First, let’s start with the stroopwaffle, which are two super thin waffles filled with caramel. But the combination of it is simply insanely delicious, especially when they’re warm and homemade. Outdoor markets are the best place where they can be found. Although the store bought ones are great as well, trust me.

Then, the haring or better-known herring, raw fish with onion in a bun. You might be appalled by the idea of eating raw fish, but the Dutch know what they like and they wouldn’t be so crazy about it for no reason. You can find a fish truck basically anywhere in Netherlands, though I advise you to try them in Volendam, a harbor city, where they sell fish as fresh as it gets. 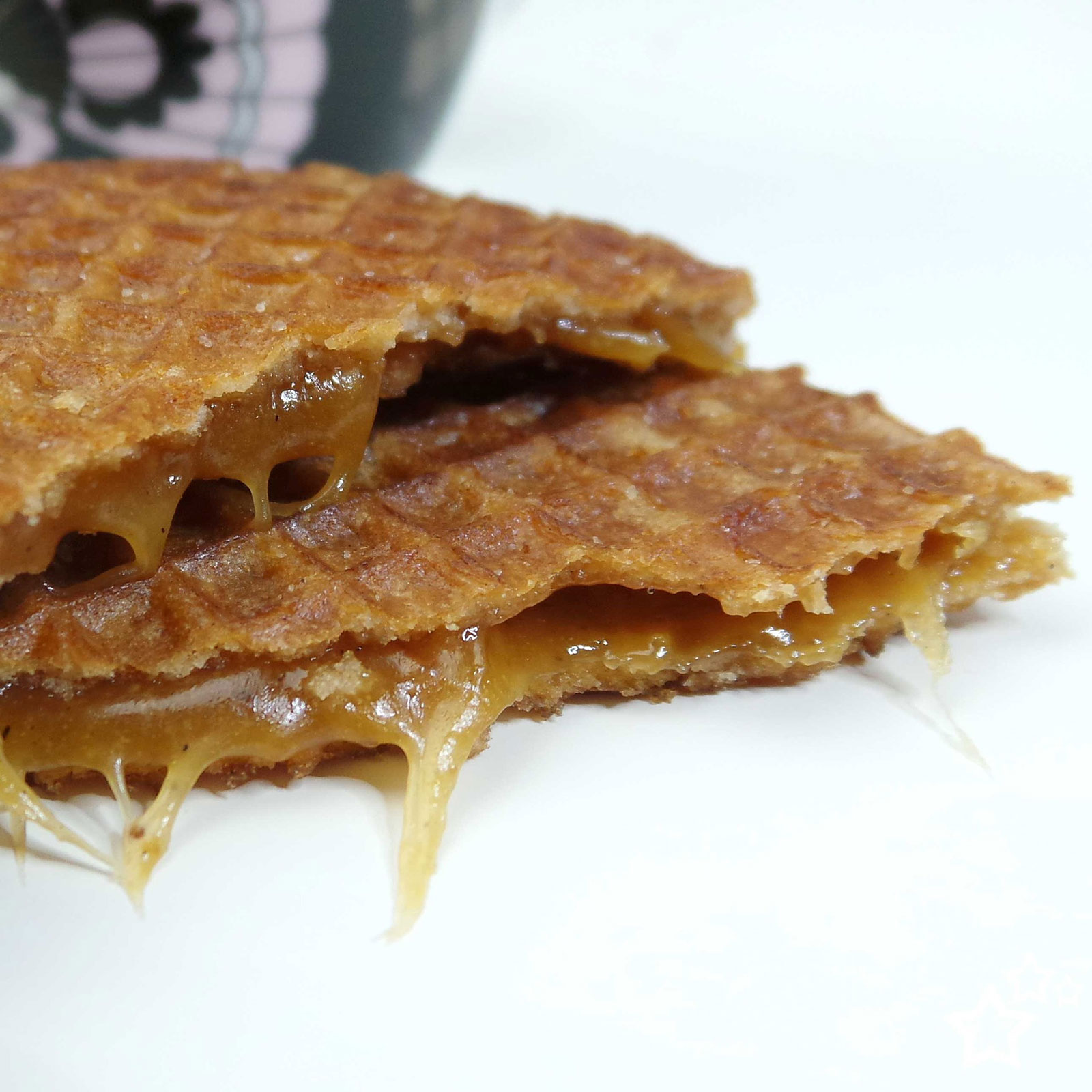 6. Volendam. Already mentioned above the city Volendam is probably a place you’d like to visit as well. Volendam is a popular tourist attraction in the Netherlands, well known for its old fishing boats and the traditional clothing still worn by some people. Volendam also has a small museum about its history and clothing style. Obviously, you can find fish trucks at every corner where you can taste fresh fish from the Atlantic Ocean.

7. Canals. The Netherlands is also known for their canals. More precisely, Amsterdam, the capital city of Netherlands, has more than one hundred kilometers of canals. The three main canals, Herengracht, Prinsengracht, and Keizersgracht, dug in the 17th century during the Dutch Golden Age. It is a very common activity in Netherlands to rent a boat and sail the canals during the spring and summer months.

Like many old cities in Netherlands, Alkmaar is a real ‘canal town’. In the past, these canals were used as waterways, as a sewer system and to defend the city, but today they are mainly decorative. Alkmaar is a perfect place for a lovely boat tour on the canals, allowing you to see the city from a different perspective. I used to live only a 10-minute drive away from Alkmaar so it has become like a second home to me. Not only is it worth visiting for the canals, but also to see the amazing architecture Alkmaar has. Maybe a fun side fact, Alkmaar is also called the cheese-town of Netherlands, because of the many cheese factories and the annual cheese market. 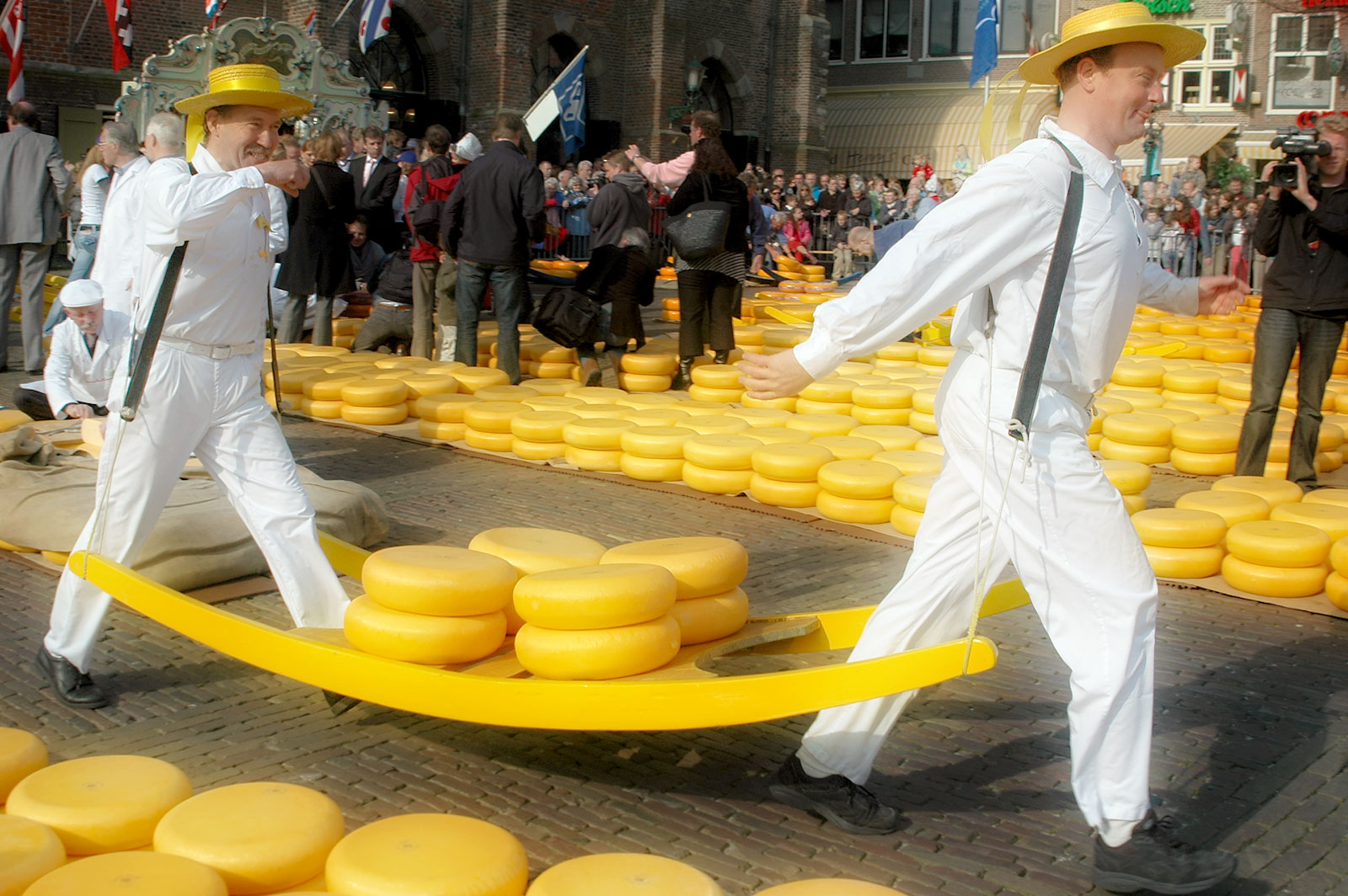 8. Rijksmuseum and Van Gogh Museum. If you’re into art, then you should definitely not miss out on the great museums the Netherlands has to offer. The most popular museum, the Rijksmuseum is located in Amsterdam. The museum has on display 8,000 objects of art and history, from the years 1200–2000, among which are some masterpieces by Rembrandt and Johannes Vermeer. 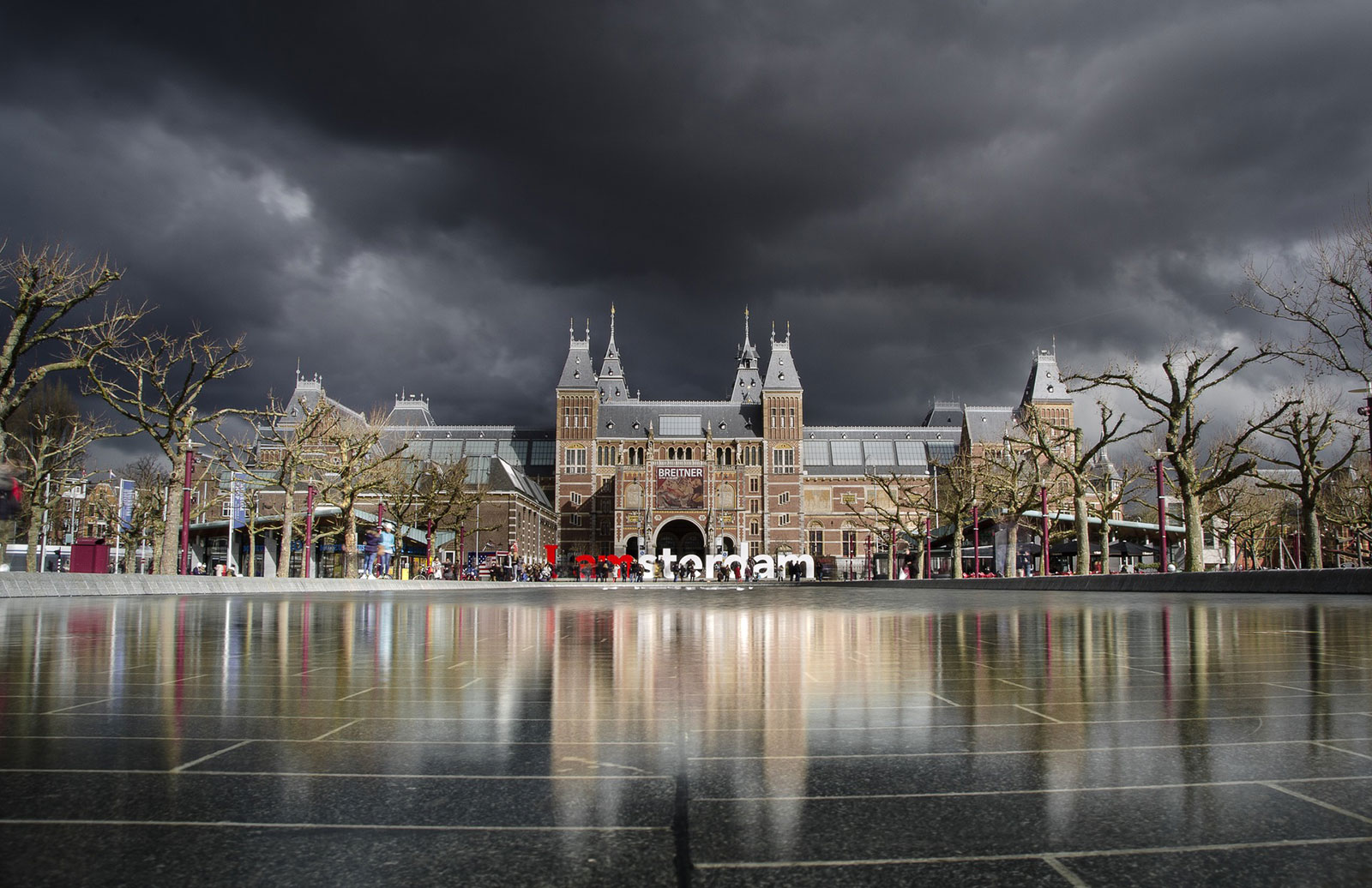 9. Walibi & Efteling. If getting hard attacks from rollercoasters is more your thing, theme parks such as Walibi and Efeling are the places you should go. Both feature different attractions that will definitely leave you with an adrenaline kick. These amusement parks are not only meant for children, but for people of all ages. The parks are usually opened all day and have special events during Halloween for example. Many restaurants can also be found serving usual fast food perfectly fit for the occasion.