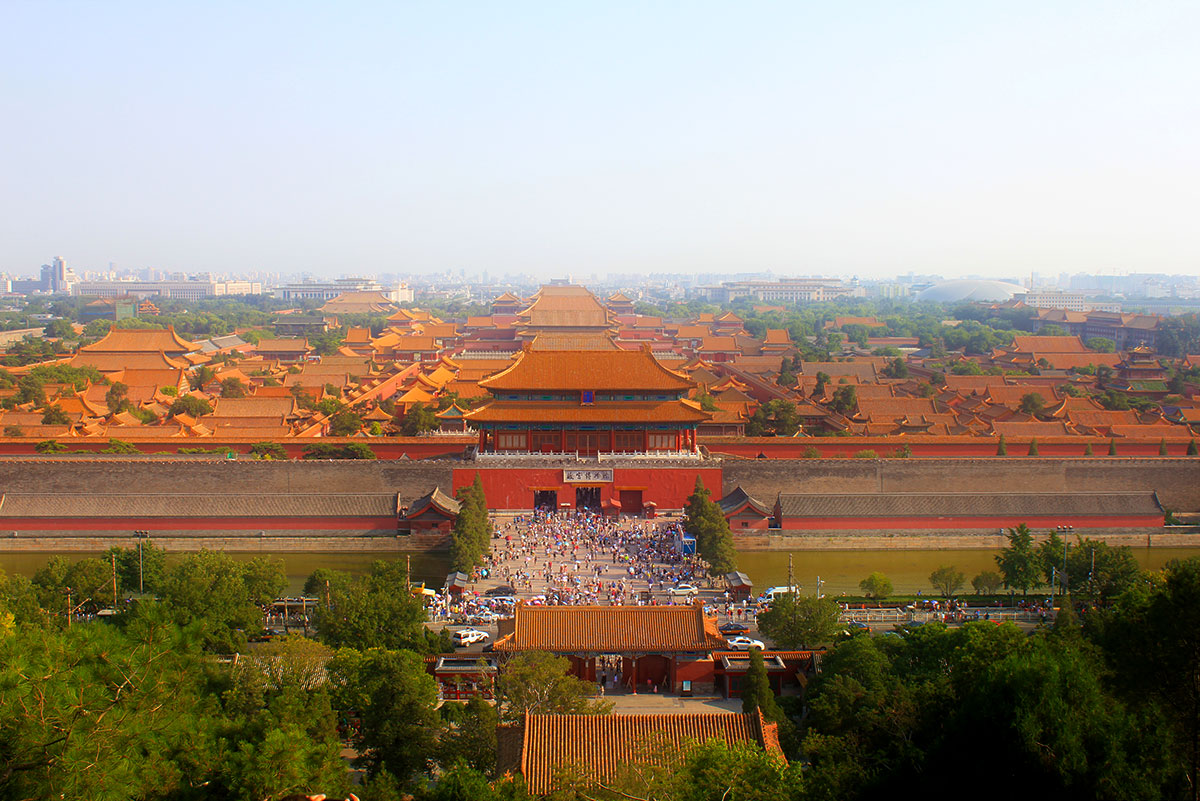 Jingshan Park is a place where you can relax, enjoy nature, silence, and people watching, but it is not nicer than some other parks in Beijing. However, what Jinshan Park make so special and worth visiting is beautiful 360-degree panoramic views of Beijing, including bird’s eye view at Forbidden City. This is the best place to see how grandiose this complex is. For the best views climb the middle (highest) peak. There are few hundreds of steps to the top, but luckily trees and vegetation are lined along the path, which makes things easier on the hot, sunny days. There is a pavilion at every peak build in 1751 where you can take a rest and take photos in shade. If you like, you can take photos with locals dressed in traditional Chinese costumes, for a fee.

Jingshan Park was open for public in 1928, just three years after The Palace Museum was established in the Forbidden City. Before it was reserved only for the royal family, but now visitors can also enjoy its beauties. Although, the park wasn’t so pleasant for the Chongzhen Emperor, the last emperor of the Ming dynasty, who hanging himself from a tree in 1644, after peasant rebels invaded the city. There is a table with text about Chongzhen Emperor on the spot where he committed a suicide.

During park reconstruction in 1949, it was worked on maintaining ancient architecture, building paths and rest areas.