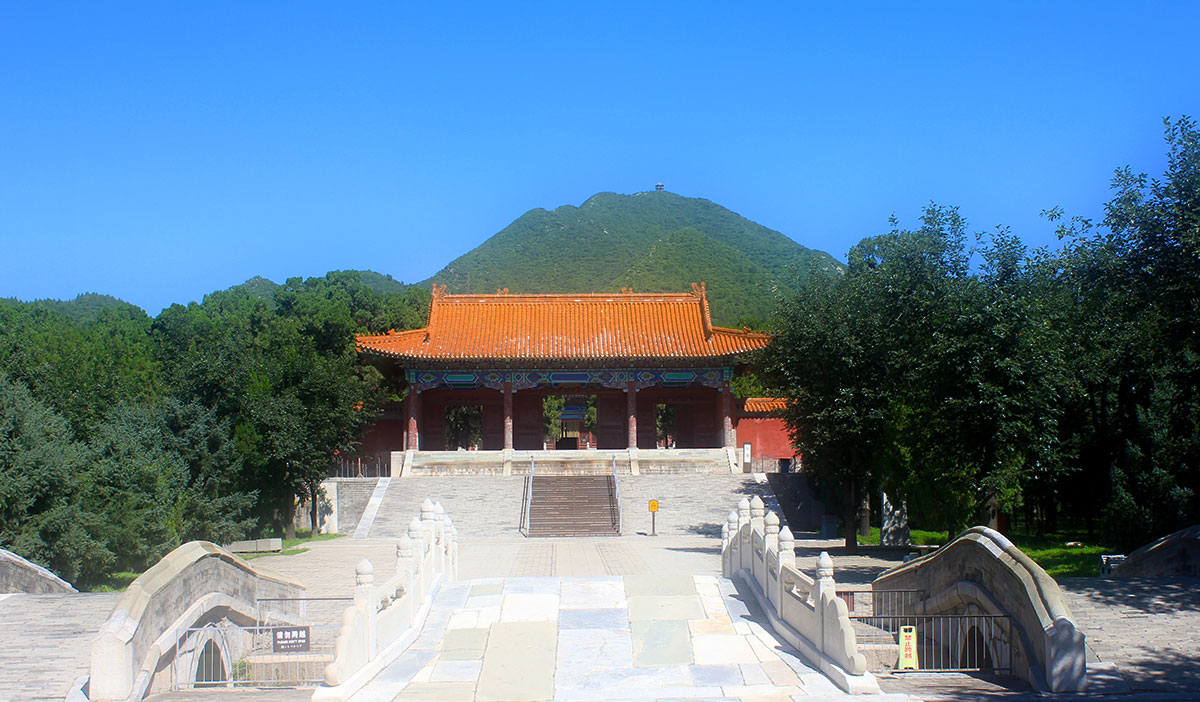 The emperors of all dynasties did not only build huge palaces and temples, but the gigantic tombs as well, in order to maintain their power even after death. Ming Dynasty, who ruled for 277 years (1368-1644) with all of the 16 emperors from the 12 generations built their tombs around Beijing and Nanjing, which previously was the capital city. Ming Dynasty Tombs are set in Changping District of Beijing City and are the most beautiful and largest imperial mausoleum complex in which 13 emperors are buried, starting from the third emperor of the Ming Dynasty, Yongle (1402-1424), who moved the capital from Nanjing to Beijing, to the last emperor Chongzhena who hanged himself in 1644. The shapes of all thirteen mausoleums are very similar, but differ in size and the complexity of their structures. The front hall, which is considered to be the square of the place has no buildings within it. There are not some special art objects in palaces. Height is about 7 meters, the width of about 6 meters and the length 26 meters. Each has a white marble bed in the central place, with gilded edges. The paths of each mausoleum lead to the central hall in which there are three white marble thrones, with a lot of candles and flowers in front. The site is located on the southern slope of Tianshou Mountain and it is made by following Feng Shui principles by the third Ming Dynasty emperor Yongle. The view is quite pleasing, with the three mountains and a river alongside, giving the impression of the perfect combination of nature and buildings.

There are three tombs which are open for public, Dingling, Zhao Ling and Changling, where the first one reveals a lot of jewelry, pottery, silk and some of the finest materials and objects. It is the resting place for the Emperor Zhu Yijun and his two empresses, Empress Xiaoduan and Empress Xiaojing. The Spirit Way, which is around seven kilometers long, serves as a great portrayal of the enormous importance of the Ming dynasty, their dignifying position and pride, since it is full of royal figures and ornate statues, which are believed to guard the tombs themselves. These ways lead to the Changling tomb, where the Emperor Zhu Di and his Empress Xu lie, being the largest, the most beautiful and the most preserved of all thirteen tombs. Zhao Ling tomb, though the smallest in size, is not of a less importance comparing to other tombs since it was the first one to be restored. The twelfth emperor Zhu Zaihou and his three empresses are buried here.