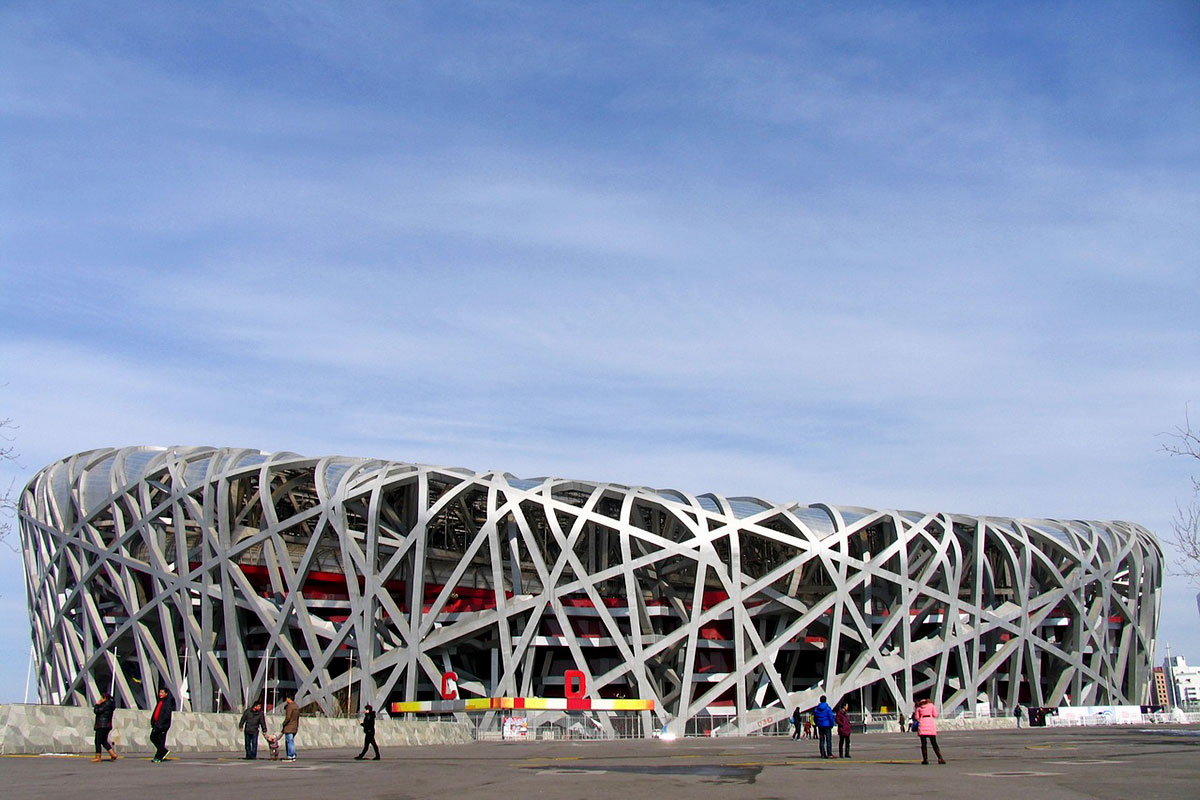 Beijing Olympic sites – National Stadium (国家体育场; also known as Bird’s Nest), and National Aquatic Center (also known as Water Cube) are located in the Olympic Park Central Area. These sports venues are a part of the huge construction project conducted for the Beijing Summer Olympic in 2008. Today, they serve as a touristic attraction as well, and the place where the Olympic spirit can be felt. These architectural marvels are appealing because of their unconventional design. Best time to visit Olympic sites is during the evening when they are illuminated. The moment you see it, it will become obvious how they got their nicknames (Bird’s Nest and Water Cube).

National Stadium served as the main stadium for a Beijing Summer Olympic, and it hosted competitions in various sports. It is the place where the opening and closing Olympic ceremonies were held. Today it is mostly used for football games.

National Aquatic Center hosted all water sports during Olympic games, except water polo. It is open to the public use now, but you should check if the pools are opened before you buy a ticket. They will charge you a ticket even if the pools are closed, without prior notice. There is also Water World within Water Cube with several water rides and playgrounds, but it’s not worth a money. During the night outside lights changing from one color to another, creating an interesting visual show.

You can enter, but seeing Beijing Olympic sites from outside is enough for most of the people, as they are not that spectacular from inside, and entrance tickets are not cheap.