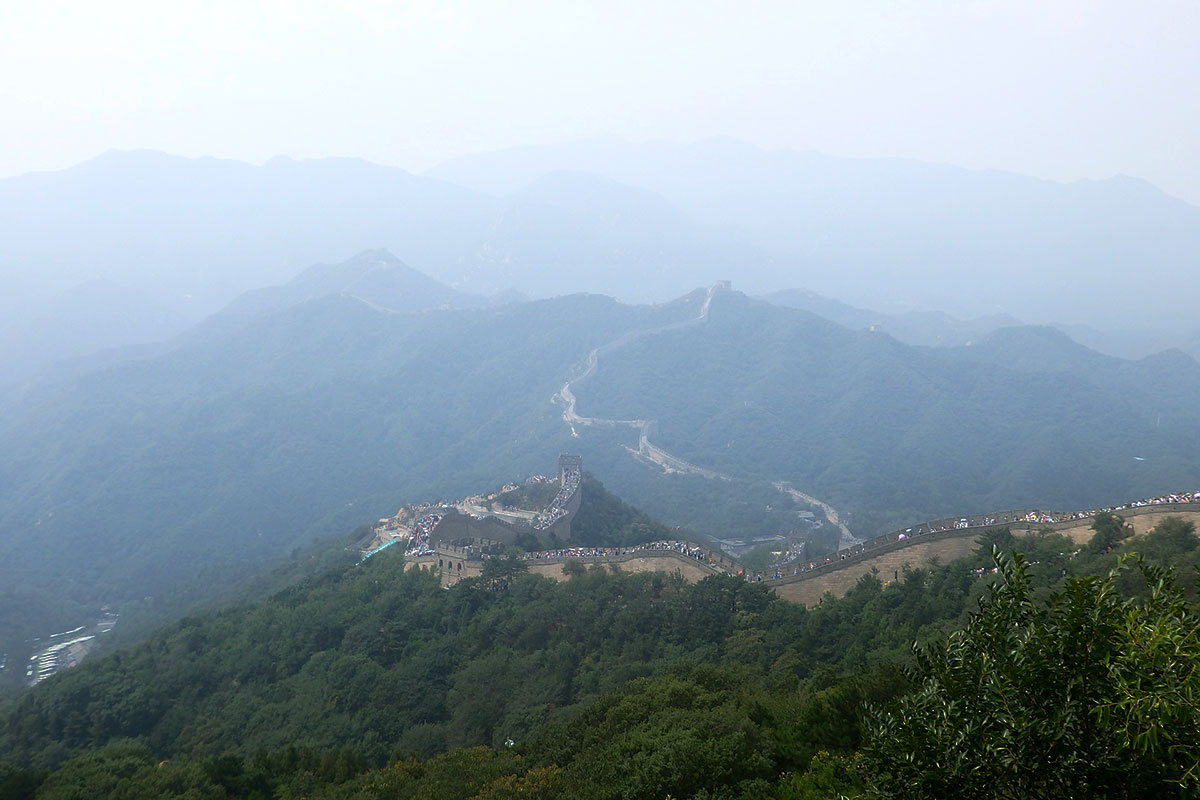 Badaling Section (八达岭长城; Bādálǐng Chángchéng) is one of the most representative parts of The Great Wall. It is the best preserved section constructed during the Ming Dynasty. Due to the short distance from Beijing, easy access, and condition it is most popular, but most crowded section of the Great Wall too. During the high season, crowds can be enormous. Badaling Section is located at an average altitude of 1000 meters and leads to Juyongguan passing. The mountain slopes over which it was built are very steep, and so it had the characteristics of a strong military stronghold. It looks like a dragon in full force grabbing over mountain wreaths. It got its name regarding the fact that it was possible to go in all eight directions of the compass from it – ba (eight) da (go) ling (mountain road). Huge amounts of stone blocks and bricks are built within the wall, and its interior is formed of ground and stones to be very durable and strong. Countless openings are made inside the wall, being planned for shooting arrows. There are pipes for drainage and even trenches on the inside and the outside. In short, the builders of this military fortification took care of every detail.

History of section
As previously mentioned, this section of the wall was built during the Ming Dynasty, and its historical significance is of a huge importance. It was officially finished in 1505, and the construction was led by General Qi Jiguang, who was famous for defending China from Japanese pirates. Erected on a group of mountain peaks, Badaling is the witness of many important historical events. The first emperor of the Qin dynasty often visited this fortress, and the first emperor of the dynasty Juan (1271-1368), Juan Taiz, passed right through here when he took control of the whole China. Empress Dowager Cixi fled from here in 1900, when the alliance of eight Western countries invaded Beijing. Millions of domestic and foreign tourists visited this section, and more than 370 foreign leaders arrived just at Badaling to see the wonder of the world that was made with bare hands of the Chinese nation.

Facilities
There are number of restaurants, shops and Chinese fast food stalls along the way to the Wall. There are ATMs as well. Public toilets (CNY1) are available at the Wall, but they are not in best condition and queues can be long, so it is best to use one in restaurants.