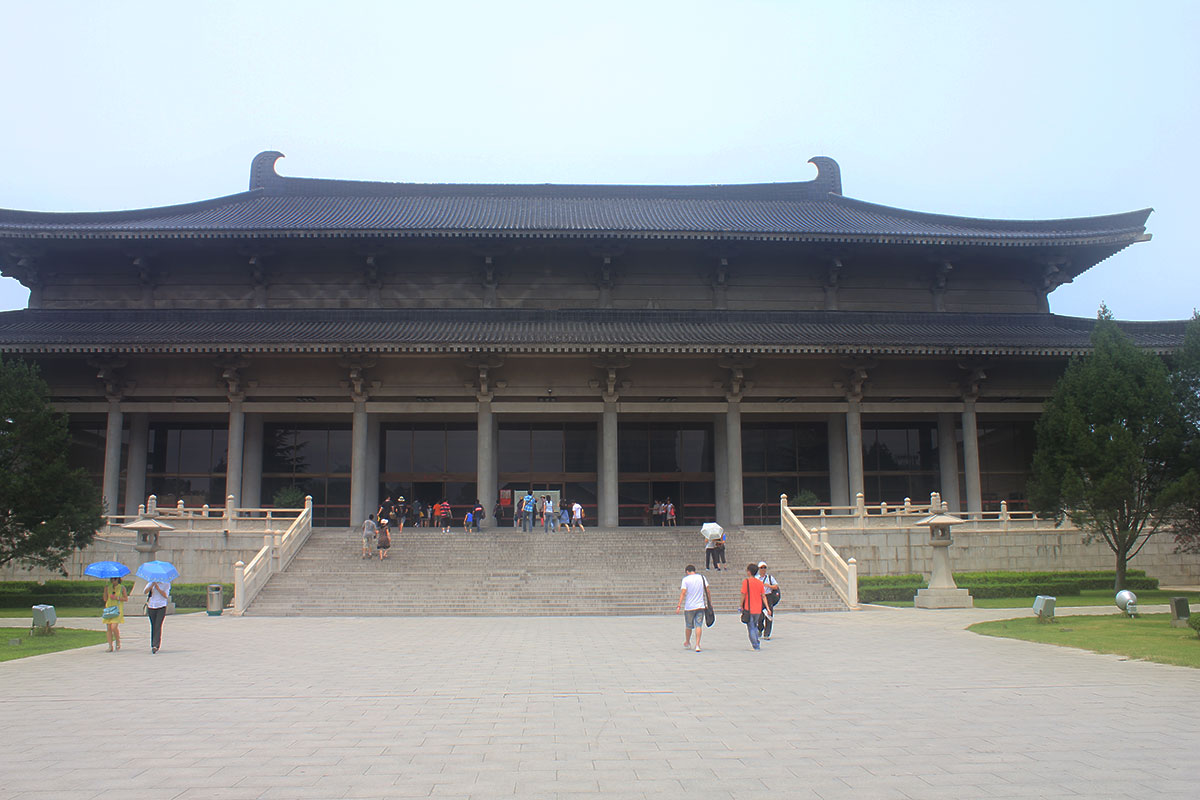 If you are interested Chinese history, Shaanxi History Museum (陕西历史博物馆) is a must on your Xi’an trip, because it is one of the best museums in China. It is situated northwest of the Big Wild Goose Pagoda, outside the city walls.

Regarding China’s imperial past, Shaanxi Province was of a huge importance, since it was considered to be the cradle of the Chinese culture, with more than ten dynasties using it as their capital, where Zhou, Han and Tang Dynasties were the most important. The Shaanxi History Museum, as the first modern national museum built in 1983 and opened to the public in 1991, offers a great insight in the thousands of years of Chinese history and culture, keeping some of the most important artifacts. Reaching its peak during the reign of the Tang Dynasty, Chinese culture was mostly influenced by numerous foreign businessmen and the international trade, which traces are still visible today, so the museum is full of magnificent art pieces, combining both; Western and Chinese cultures. It is basically divided into three sections: the General Exhibition Hall, the Local Themes Exhibition Hall and the Temporary Exhibition Hall. The first hall covers an area of 6,000 square meters, having more than 2,000 artifacts to display and follows the development of the society and culture from the Stone Age to the fall of the imperial era in 1840. Here you may find the statues of different people, and other items such as the gold or silver pots, plates, bowls and wine containers, with a unique engraving being so delicate and amazing, presenting the tradition of more than 1000 years. The second hall deals with the characteristic culture of the Shaanxi province, including the Yaozhou Porcelain Exhibition and the Silk Road Exhibition. The third hall mostly serves for the temporary exhibitions, where the most famous are the breathtaking murals from the Tang Dynasty tombs, which are of the huge importance in terms of exploration of the Tang Dynasty’s social life and its culture.

Service info
Number of visitors is limited to 4,000 daily. The museum issues 4.000 free tickets daily (2,500 tickets starting at 8:30 and 1,500 tickets starting at 13:30). Because of daily limit, get there early and expect to wait at least 30 minutes in a queue. You can get only one ticket for yourself at the ticket office by the valid document, such as passport or ID card. If you don’t get free ticket, it is possible to buy one from a local touts for around CNY50.