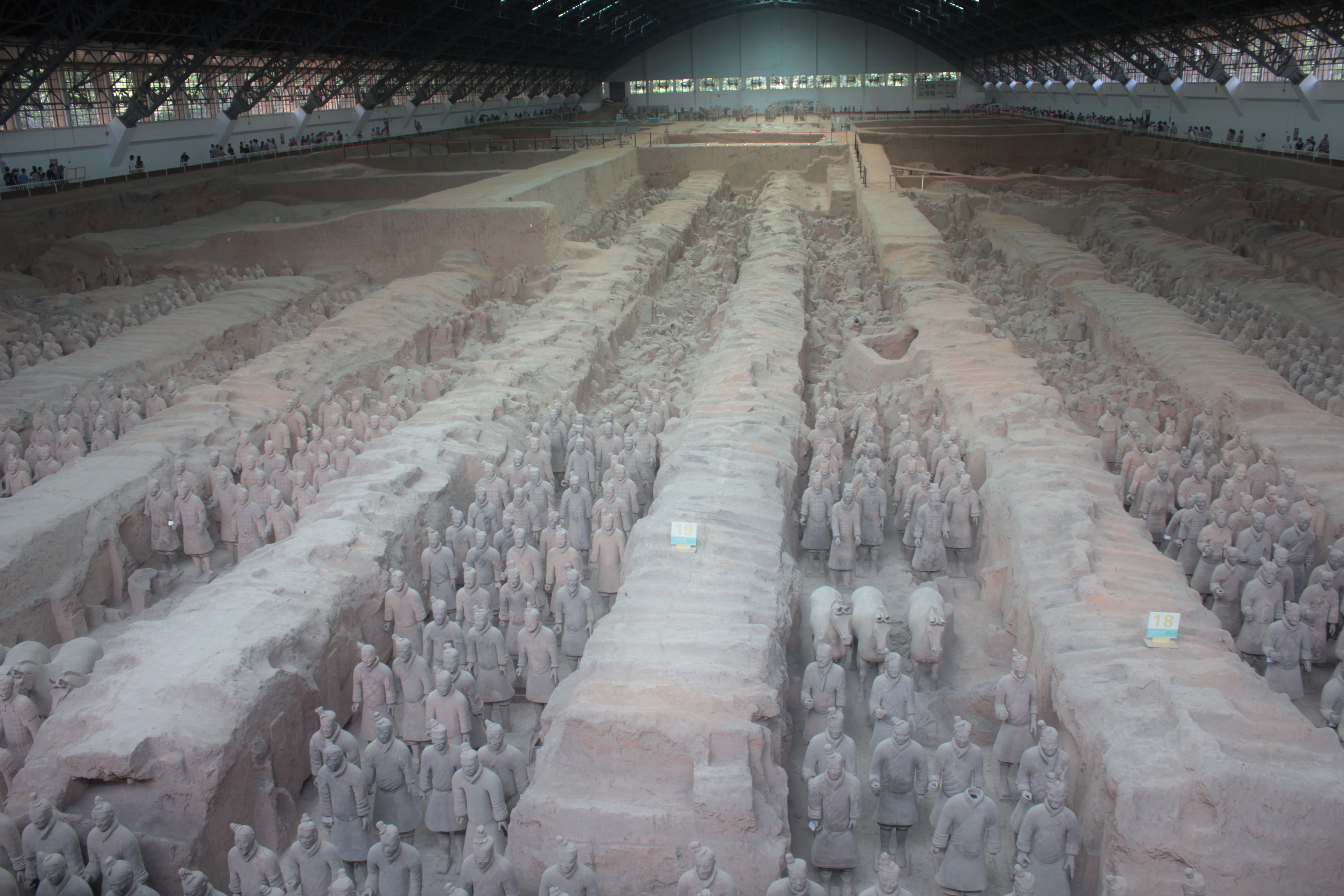 The Terracotta Army (兵马俑) is often the main reason why tourist visit Xi’an which is not strange at all since it is one of the biggest attractions in the China. Terracotta Army is exhibited in the Museum of Qin Terracotta Warriors and Horses. This site keeps its position among the most famous archaeological sites in the world. This army is a part of a large mausoleum dedicated to the first Chinese emperor. The story of the warriors is very interesting, and begins with the ruler of Qin Shi Huang, founder of the Qin dynasty who ordered an army of about 8,000 soldiers of terracotta to be made, in order to protect him even when no longer among the living. The warriors were discovered by chance in 1974, while local farmers sought for the water. After being completely stunned, they immediately informed the Chinese authorities, who sent archaeologists to the site. They did not find one or two warriors, but thousands of them, each with a different facial expression and different rankings, to the point that it was impossible to find two warriors to look alike, since all of them had different and unique features.

Although now mostly gray, there are signs that they used to be painted in various colors. Most of the statues are about 1.8 meters tall and about 180kg in weight. By going on with further excavations, swords, arrowheads and other weapons were also discovered. The warriors are located in underground corridors such as trenches. In some corridors there are clay horses, and wooden carriages. Now it is one of the oldest existing ruins, older than 2000 years. Historians who deeply researched this site believe that more than 700,000 craftsmen and slaves participated in building the complex, but many were unfortunately brought to death in order to keep the mausoleum a secret. It seems that Terracotta Army didn’t protected Emperor Qin in the afterlife, because his enemies destroyed and robbed mausoleum just few years after he died. This sensational archaeological site is on the list of UNESCO since 1987, as one of the world’s cultural heritage. When visited this site in 1978, French President Jacques Chirac said it is the Eighth Wonder of the World, saying that anyone who visited China and did not see it cannot claim that he saw the country at all. Besides him, this place was visited by more than 70 heads of different states of the world.