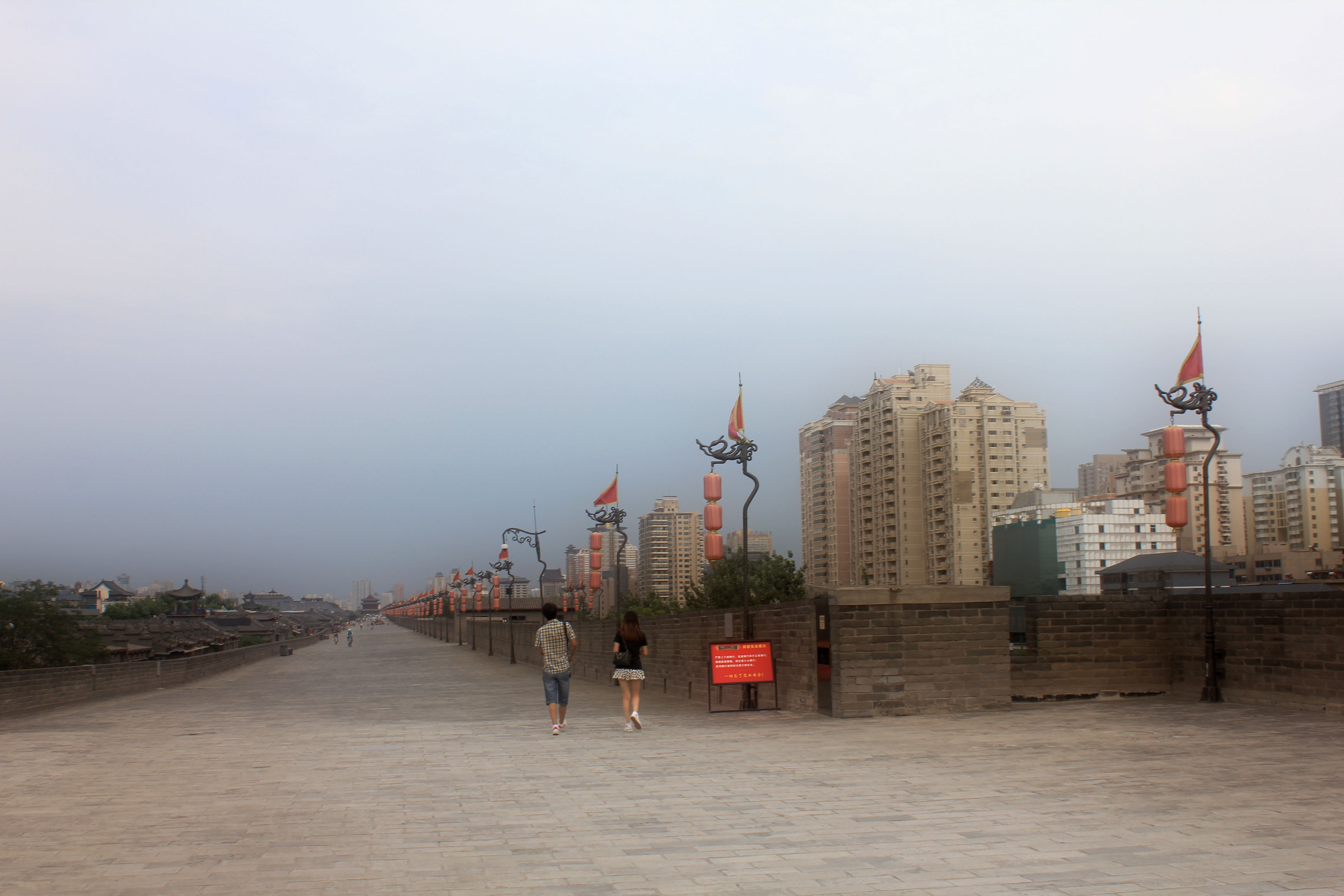 Xi’an City Wall (西安城墙) is the ancient fortification and probably the first landmark that you will notice by entering this city, since it surrounds it in a large square area. It divides the city into the inner part and the outer part, and it is quite long, thick and tall. It is also one of the oldest and best preserved walls in this country. The wall that you will encounter today was established during the Ming dynasty, though it represented just the correction of the wall built initially during the Tang Dynasty, in order to create a modern and huge fortification to become the symbol of the city. It served as one of the most important military defensive systems of the country. Today, it is 13.7 kilometers long, 12 meters tall, about 13 meters wide on the top, while wall’s base is even wider. Deep trench surrounds it.

Walking or riding a bike on the City Wall can be one of highlights of your journey in Xi’an. Single and tandem bikes are available for rent. Single bike rent is CNY40 per 100 minutes, while tandem bike cost CNY80 per 100 minutes. Deposit is CNY200 per bike. It will take about 1.5 to 2 hours to circle City Wall (13.7 km) at moderate pace. You can hire bike at the top of the South Gate, but you can return it to the any gate. Bikes should be returned until 20:00. If it’s raining renting bikes will be cancelled, due to the slippery condition of the wall.